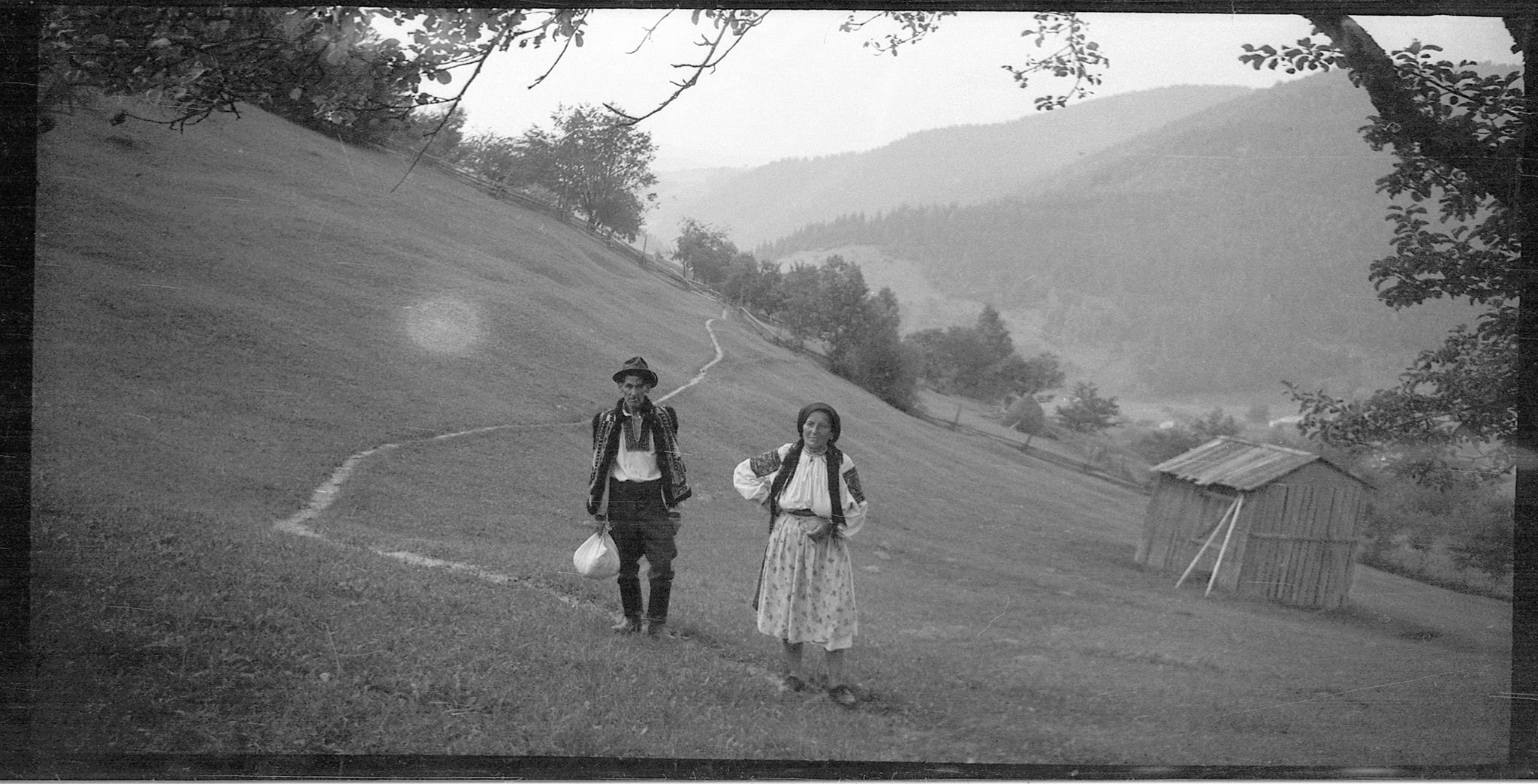 During his visit to Kolomyia in September 1880, Hutsuls presented a Hutsul wedding to His Highness Emperor Franz Joseph: the wedding procession was going — everyone was in Hutsul clothing, in their best coats, sardaks, embroidered jackets; Hutsul men — wearing chereses, wide leather embossed belts, and krysans, felt hats; Hutsul women — wearing zapaskas, aprons, and large shawls, and popruzhkas, belts made of wollen yarn, and shirts, and postoly, leather shoes. With zgardas, sylinkas, and patsyrkas—all kinds of beads on their necks. A trio of musicians played—violin, tambourine, and cymbals — setting the pace for the whole ceremony, magnificently playing the best Hutsul melodies for their beloved emperor.

And since 1903, the Hutsul region has become a favorite vacation spot, a place of strength and inspiration for artists; famous people, intellectuals, writers, painters, and researchers come to the Hutsul region, first visiting Kryvorivnia — the “Ukrainian Athens”, Dovhopole, and Holovy.

In the 20s and 30s of the 20th century, there was a mass fashion for Hutsuls in Poland. Artists came to the Hutsul region, lived there, renting accommodation in Hutsul neighborhoods, being inspired by mountain landscapes and Hutsul people dressed in colorful costumes. They observed the Hutsuls on weekdays and holidays, their life, daily routine, and heritage, capturing their impressions in texts and pictures. 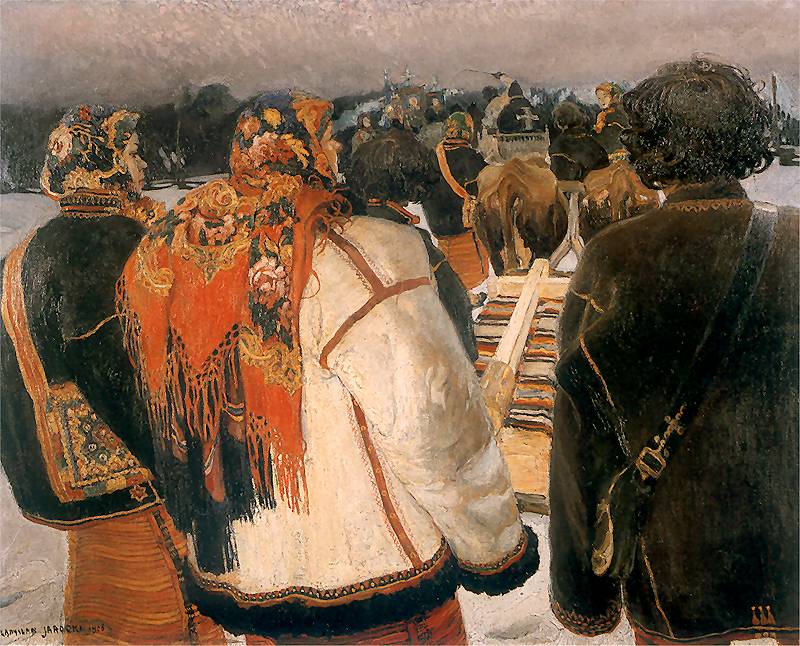 The time of the Soviet occupation roughly erased identities, being yourself became dangerous and threatening, otherness was mocked by Soviet propaganda making enemies among people, humiliating and reducing originality to mockery and scorn, so that you too soon stop loving yourself, your origin, start doubting yourself and your dignity:

you had to go underground with your originality, hiding your identity in a dugout, so that one day you could remember who you are, carefully taking out something truly yours, Hutsul, from the chest.

I found out that I was a Hutsul in the Kosiv gymnasium, where I came to study from Zamahora, a village in the Verkhovyna district, forty kilometers from Kosiv: you are a Hutsul from the hills, and we are not, here in the valley, where it is flat, there are no Hutsuls.

We didn’t say at home that we were Hutsuls, because it was clear anyway. And when we went down to the valley, to the district center, or to other cities, we were called Hutsuls, people from the hills, because we were betrayed by our language — we spoke the Hutsul dialect. At that time, being a Hutsul was not yet respected, people were ashamed to call themselves Hutsuls because they would be mocked, despised and humiliated again. “We are not Hutsuls: Hutsuls are further”, they answered and pointed with their hands in the direction of the mountains, the furthest hills where we lived, the closed mountain people, dark Hutsuls, where behind us there were only forests and meadows, and nothing more.

Nowadays, being a Hutsul is honorable and respectable: in the eyes of others, Hutsuls have once again become conscious mountaineers who love their mountains, their culture, traditions, their identity, and would never give them to anyone or exchange them for any wealth of the world. 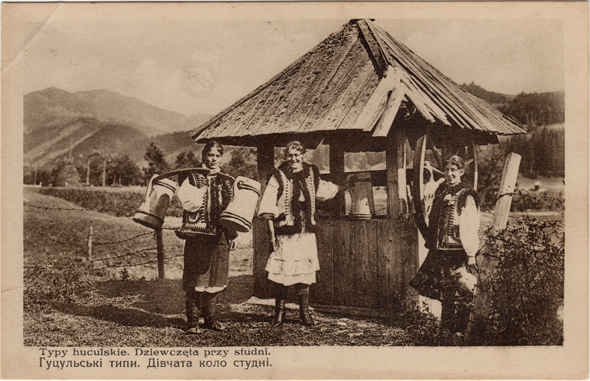 Those who are in love with the mountains, with Hutsuls, also often dream to become Hutsuls, to live in the mountains, in the meadows, not only to come from time to time to the Hutsul region but also to become their own here, to take root. However, they remember that it is not the Hutsul that became Hutsul, but the one that was born in the hills; and it is also about the dialect: it is spoken only by the Hutsuls themselves.

Józef Tischner, a Polish Goral, priest, philosopher and writer, originally from Podhal in the Gural region, knew very well that mountain culture is extremely close to life, a direct expression of life itself. Through culture, you can see the people’s souls and who they are.

Culture is a mirror in which the truth about man is reflected, and if you want to understand who a man is, look at what he has created and what he left.

Hutsuls dance Resheto boldly, holding hands tightly, they dance Hutsulka — each with their beloved; they sing long songs like “from now until early morning”, play courageous or sad melodies, discovering who they are through their art: art liberates and gives freedom. And the mountains, they endow the Hutsuls with a free spirit and beauty, the Hutsuls thank the mountains for their artistry and skill. 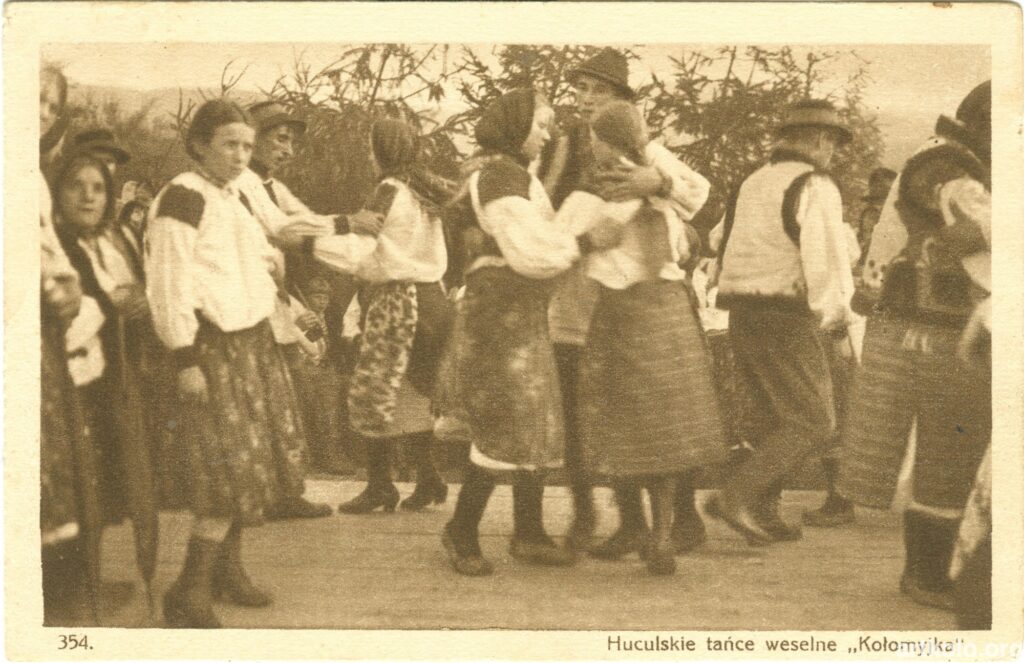 Often Hutsuls, with their culture, descend slowly from the mountains to the valleys, dressed in magnificent Hutsul costumes, carrying their violins, cymbals, and trembitas on their shoulders, leaving the echo of free Hutsul melodies and chants in the valley for a long time. Hutsul old-fashioned motifs in major or minor sound originally only when performed by Hutsuls themselves. They share their originality and their art generously, not closing in on themselves, this is how Hutsul culture goes out into the world, here and there inspiring and igniting people from the plain regions, encouraging them to its new interpretations and manifestations. And here we, Hutsuls, don’t want to intrude or teach how to make it right and true: Hutsul culture is not ossified and frozen, it lives and develops, changes and is supplemented. Also, it dares to manifest itself outside the Hutsuls, outside the mountains. And this is its will and right.

Because the Hutsuls also always learn from their brothers from the plain: they no longer want to tell their story from research and intelligence about them. They already know how to talk about themselves, about their roots and essence, and not to repeat what others say about them. They open private museums and manors, collecting ancient Hutsul household items from mountain living, Hutsul clothing, and musical instruments. They tell about ancient Hutsul customs, rituals, and traditions that are still preserved. About the origin of Hutsuls, their life, and mountain living. About their crafts. Koliada and Christmas holidays.

They play and show how to play musical instruments, such as trembita, drumba or jaw harp, cymbals, teach how to dance Hutsulka, Resheto, and Holubka.

Museums located on the slopes of the mountains, from where a view of the surrounding mountains opens, of the Chornohora mountain range, welcome guests who want to fall in love with the Hutsul region, to the sounds of trembita or drymba, the sound of a horn or grazing cattle.

And meadows — during the summertime, there by the herd, in a cauldron over a burning fire, a skilled chief of herdsmen makes different cheeses: urda and guslianka; from golden budz cheese they make brynza liuta or aged brynza, storing priceless ‘meadow treasures’ in wooden barrels, buckets, and tubs. 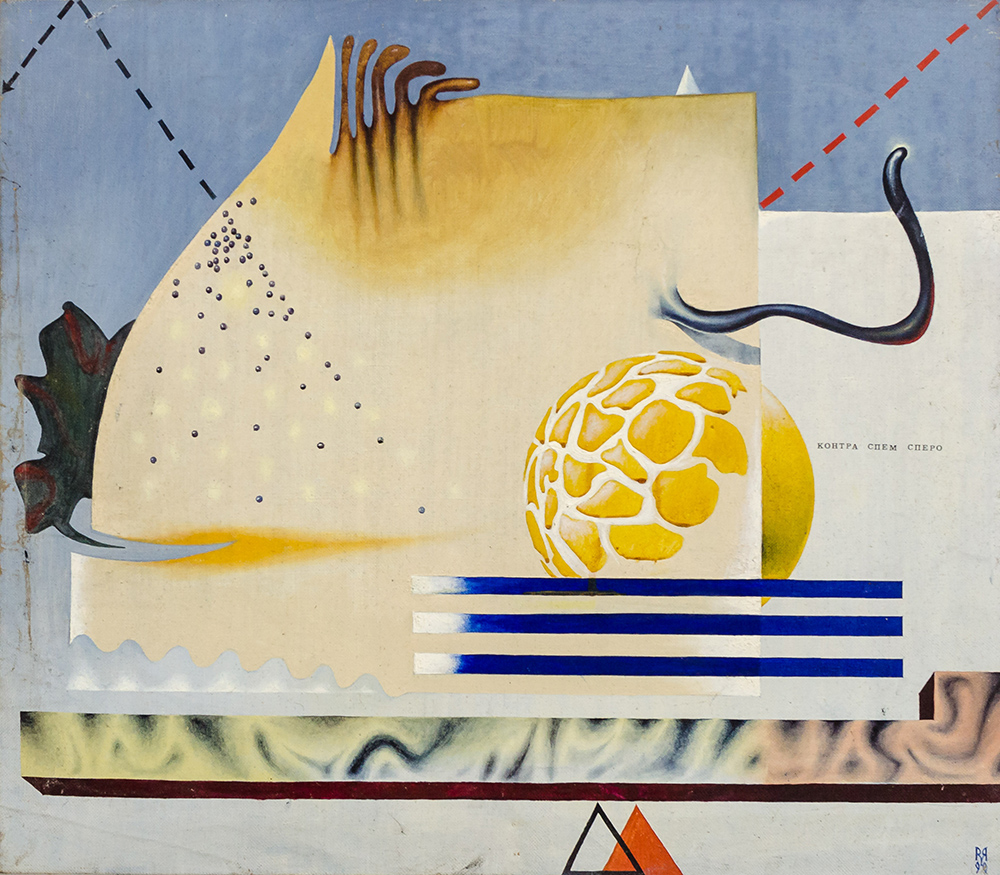 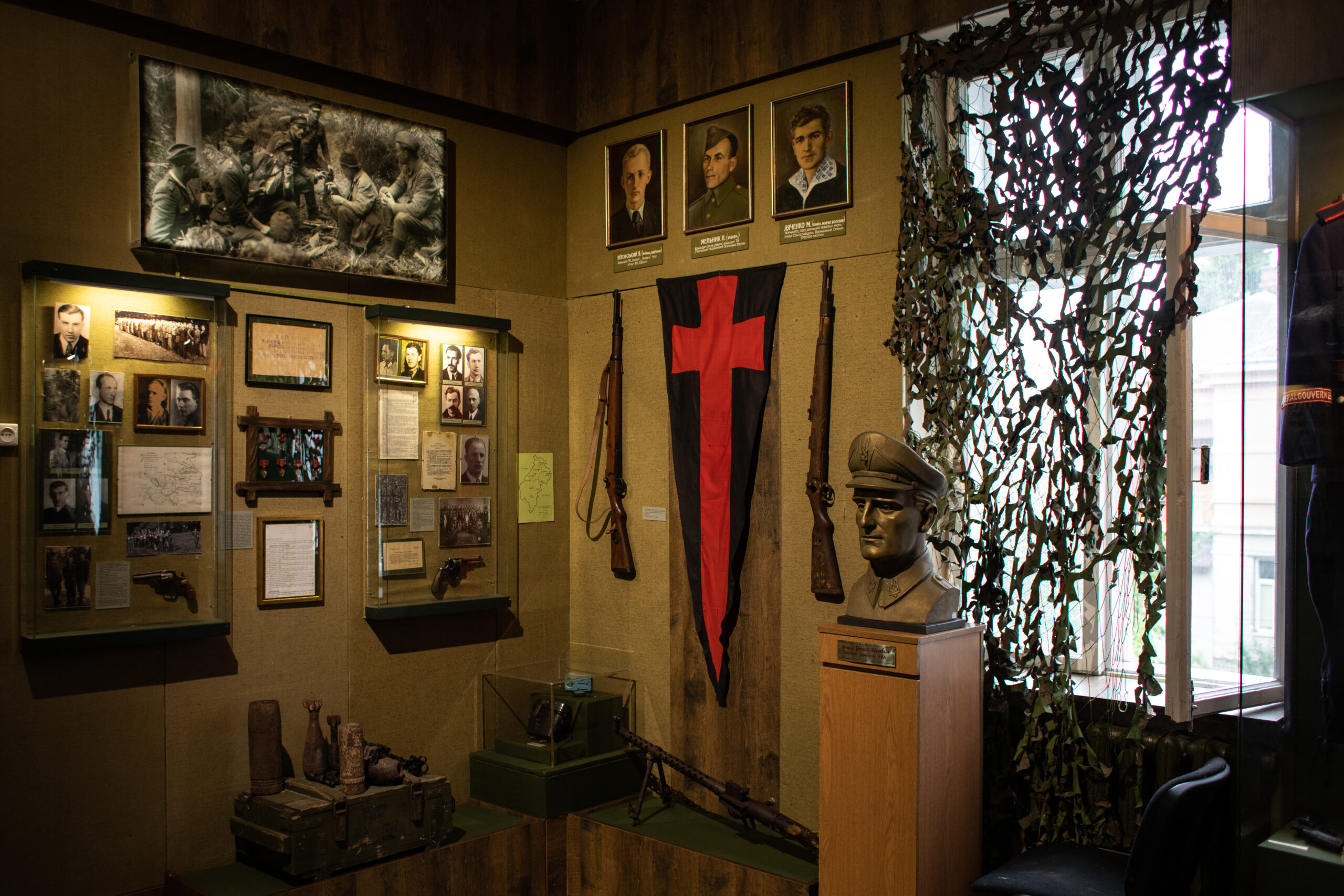 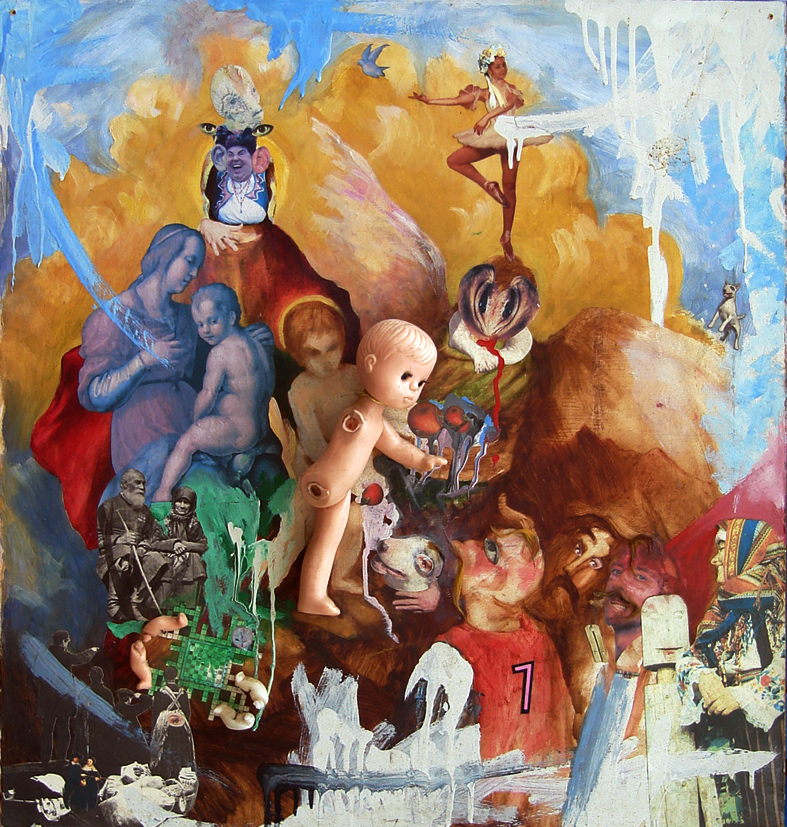 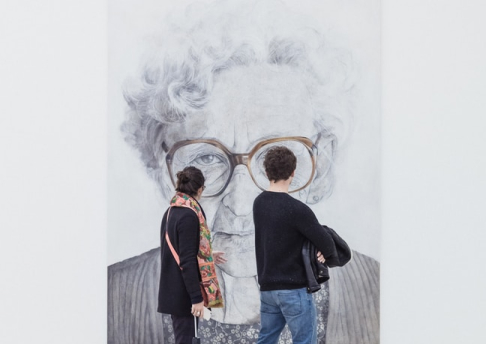